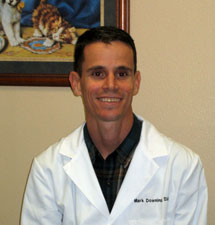 Dr. Mark attended the University of Florida where he received dual degrees in Liberal Arts and Sciences and Agriculture. He was invited to join the University of Florida College of Veterinary Medicine and in graduated 2002. Dr. Mark acquired Sarasota Animal Hospital in 2009. His patients are comforted by his gentle nature and hands-on approach to their overall health and wellness. His special interests include acupuncture, dermatology, internal medicine, and surgery. He believes in offering high quality medicine and enjoys spending time talking with clients to address their concerns.

Dr. Mark was married to Franklin in 2016 and they have a cat named, Cleo, two Dalmations and two Pomeranians. 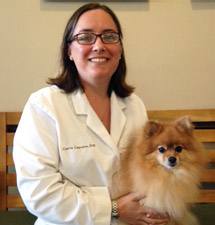 Dr. Carrie has been with Sarasota Animal Hospital since 2006. She enjoys dentistry, internal medicine and forming long lasting relationships with clients.

Dr. Carrie first gained an interest in animal care while growing up on a farm in South Carolina, raising cattle, pigs, chickens and other various pets. After completing an Animal Science degree at Clemson University, she went on to complete her Doctor of Veterinary Medicine degree at Texas A & M University College of Veterinary Medicine. After graduating in 2006, she moved to Sarasota and immediately fell in love with the beaches and laid-back atmosphere. Dr. Carrie met her husband, Guy, after moving to Sarasota and they have two sons together, Silas and Justice and their four legged friends, a beautiful Pomeranian, a unique looking Chihuahua/Yorkie cross and one angry calico kitty. 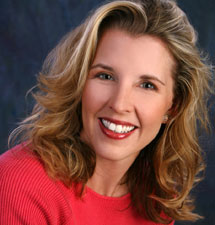 Dr. Donna always knew she wanted to be a veterinarian. As a high school student, she volunteered at local vet hospitals near her home, and now offers that same courtesy to interested local students. Dr. Donna did her undergraduate studies at Virginia Tech, where she became fascinated with both human and animal behavior. She completed a Bachelor’s Degree in Psychology, and then went on to receive a Master’s Degree in Psychology, focusing on Neurological Research, before pursuing her childhood dream of becoming a veterinarian.

After graduating with her DVM in 2002 from Virginia Tech, Dr. Donna married her best friend, Kevin. A year later they relocated to Florida, where she joined a four-doctor, AAHA-certified companion animal practice in Tarpon Springs. It was here that both she and Dr. Mark Downing gained valuable experience while practicing together for several years. Dr. Donna, Kevin and their four-legged children later moved to Lakeland in May 2007 to purchase My Pet’s Animal Hospital. In 2009, Dr. Downing and Dr. Donna purchased Sarasota Animal Hospital.

Since moving to Lakeland, Dr. Donna has become involved in various community groups and activities such as the Chamber of Commerce, NAWBO, BNI, Emerge, and is a member of Leadership Lakeland Class XXVII. Donna & Kevin welcomed their daughter, Shae, into the world in June of 2009. Prior to the birth of their daughter, she was also a member of the Lakeland Landsharks (triathlon club), and hopes to pursue this interest again in the future.

New Client Form Fill out the new client form to speed up your first visit.

Client Surveys See how you can get $5 off your next purchase with us.

Change of Address Form Keep us informed of your new contact info!

DayCamp & Vacation Boarding Express Check In Form Speed up the check in process of your pet's upcoming stay with us!

Check out our YouTube channel for informational videos for you and your pet! 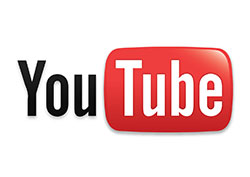 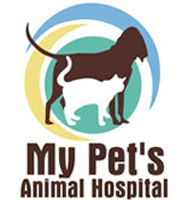